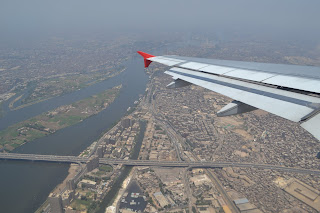 I’ve arrived in Masr (Egypt)! It’s hot and sunny and smoggy and loud—just like the Gittlesons left it 14 months ago. After 36 hours of travel—including layovers in London and Istanbul—I’m sitting in a hostel in Cairo awaiting the arrival of some friends from Tufts who are also on my program. I’ve already destroyed a shawarma sandwich and taken my life into my hands darting in and out of Cairo traffic by Tahrir Square, the epicenter of protests during the revolution. 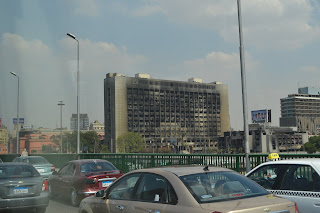 The headquarters of the formerly ruling National Democratic Party, which protesters set on fire back in January.
I had enough time in London to leave Heathrow and explore the city. It was my first time outside an airport in Western Europe, and everything in England was so slightly different from America. Overwhelmingly slightly different. I was lucky that Anna made the trek from Paris to meet me—and remind me which way to look when crossing the backward British streets—and we had an awesome time quickly checking out the main sights. 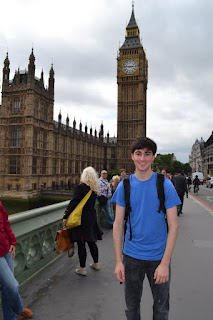 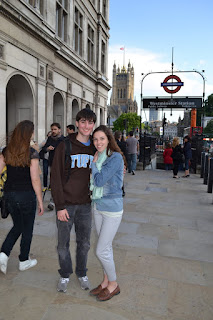 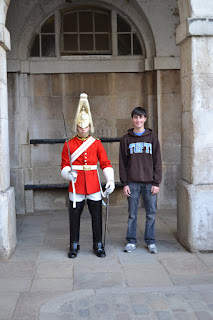 Posted by Ben Gittleson at 10:16 PM No comments: