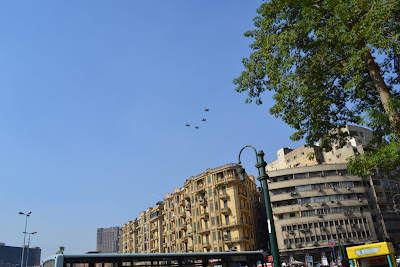 If only they didn't have to show off their prowess as I attempt to cross the street in downtown Cairo. Do you know how hard it is to avoid getting hit by a bus as you try to take a photo of a F16 soaring overhead?
Posted by Ben Gittleson at 8:17 AM