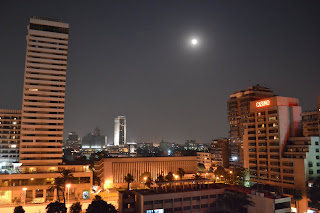 Finally! After two weeks in Masr, on Sunday I finally moved into a place to call home. It's on the top floor of our building and has roof access. Above is the view from the roof at night (the Nile is visible in the back, between the buildings); check Facebook within the next few days for daytime photos.

Negotiating the contract was pretty funny. After our elderly landlord told us she would be our "mother in Egypt" and promised to bring food over to us periodically, we read over our two-page contract -- in Arabic. Fortunately, my roommates Mike and Chris have a much better command of both formal Arabic and Egyptian dialect, so they took charge. Some highlights:


Despite our lack of grape leaves, we're pretty set otherwise. Going against everything I know and have heard about Egypt, almost every single thing that was wrong with the apartment when we moved in was fixed within 48 hours. Maybe the revolution had an even greater impact on Egyptians than I thought… 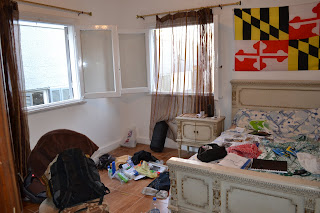 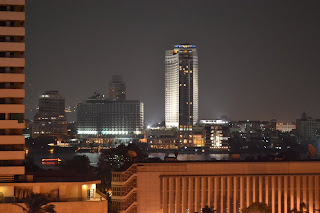 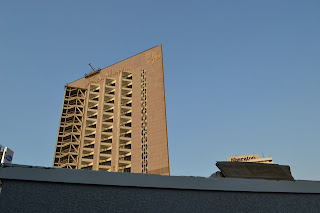 I have a great view of the Saudi Faisal Islamic Bank of Egypt, as well as the Sheraton.
Posted by Ben Gittleson at 9:24 AM