See you at the stock exchange

Many a Cairene evening I've found myself relaxing with new Egyptian friends in the jam-packed alleyways of Borsa, which takes its name from the nearby stock exchange. Under neon lights and the starless sky, young Egyptians smoke shisha (hookah), drink tea and juice, and engage in dardasha (chit-chat) for hours on end.
People hawking everything from packets of tissues to electric shavers approach your table nonstop. Tonight, a crazy old man thrust a handful of peanuts on our table and shouted, "Mango!" before he took the peanuts back when we didn't start eating them.
As one might expect, Cairo is brutally hot during the day throughout the excruciatingly long summer months (but maybe not as hot as D.C. this week?). Cairenes -- residents of Egypt's capital -- stay up late and take full advantage of the cool summer nights, with families and young people filling downtown streets at all hours. It's expected that stores will stay open late, too, and it's not surprising to find yourself stuck in a midnight traffic jam. My friends Mohamed and Gamal told me they stay up every night during the summer until 5 or 6 a.m.
Here's how I spent my night at Borsa tonight: 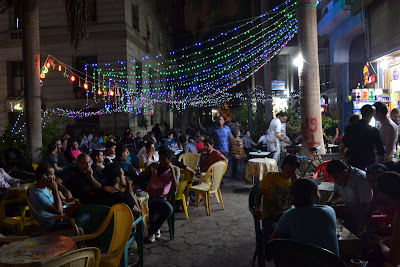 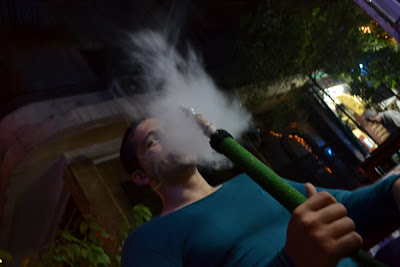 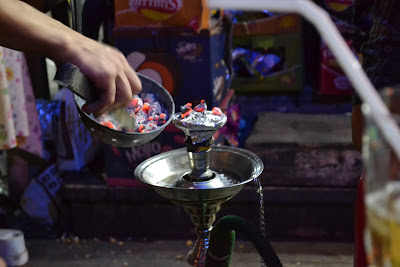 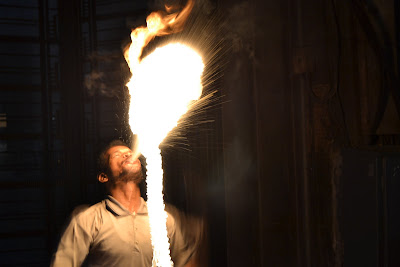 Posted by Ben Gittleson at 7:49 PM