Ahlan wa Sahlan to Amman -- don’t forget to buckle up!

So it was a pleasure a week and half ago to have the opportunity to be on the other end of that hospitable exchange, welcoming two friends from Tufts, Matt and Aaron, to Amman for a couple days. They got a pretty good tour of the city, as well as a day trip to Jerash (although I didn’t got to Jerash again). We basically hit up all the main tourist and food sites – emphasis on food – watched Friday prayers at the main mosque downtown, saw a bloody cow’s head at the suq (market), watched the sun set over Jebel Qal’a and the citadel ruins and played soccer with little Jordanian kids at the aforementioned ruins. And the highlight: tea and snacks at my host family’s house! Haroun and Mattew, as they were called for the hour or two they visited, enjoyed musakhin (crunchy chicken-wrap snacks), two types of cake, tea and conversation with my host family in – gasp! – English! First time I’ve spoken more than a sentence or two in English with my host grandparents. It was really nice seeing friends I hadn’t seen in a while, and, by all accounts, the two visiting Jumbos had a very helu (=sweet/good/nice) time. 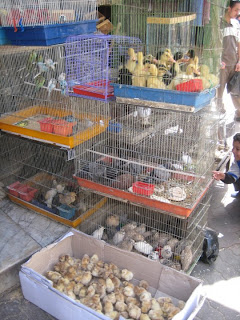 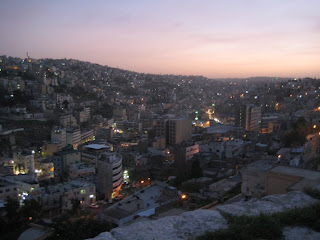 Amman at dusk. Oh, no – that means my curfew is near!

That weekend I was also lucky enough to visit a place in Jordan where I might possibly have taken more photos than I did at Petra: the Royal Automobile Museum! King Abdullah II established the museum in memory of King Hussein, his father, after the latter’s death in 1999; King Hussein apparently loved cars, and the museum contained many of his and his predecessors’ vehicles, particularly those that served in some sort of official capacity.

I have loved cars since I was a young child. astute readers might recall that my first word was “Honda,” in reference to the return of my dad from work every day in his blue Honda Accord (I guess that means my first language would have been Japanese – wonder what implications that has for my Arabic studies). Anyway, long story short, this fancy museum was like a playground. 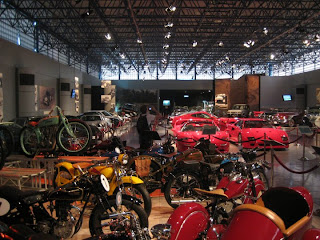 King Hussein ruled Jordan for over 46 years, amassing a spectacular car collection over those decades in power. Rolls-Royce, BMW, Mercedes-Benz, Cadillac and countless old, now-defunct luxury-auto companies were represented at the museum. Signs noted the historic significance of each car: King Hussein opened Parliament in this one, this prince or princess was married in this one, etc. One model, a 1975 stretch Mercedes called the “Pullman,” was a favorite of world leaders and specially made for each client. Another, a 1961 Lincoln Continental Convertible, was used not only in King Abdullah II’s wedding to Queen Rania but also during his coronation and during the 1985 opening of Parliament. King Abdullah, like his father, seems to have a penchant for motorcycles. Funny story: When Barack Obama, the presidential candidate, visited Jordan in 2008, King Abdullah personally drove him in a Mercedes to the airport. In the photo of them setting out on their drive, Obama can be seen buckling his seatbelt (good job, America). 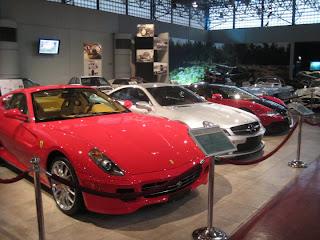 Ferrari, Mercedes, Bugatti. The 2009 Mercedes Benz SL 65 AMG "Black Series" is the most powerful, rarest Mercedes in the world, according to the museum sign: "only 250 will ever be made of this model." The Bugatti can go 0-60 mph in 2.6 seconds, come to a complete stop in 2.3 and is so powerful that it would lift off the ground were it not aerodynamically designed not to.


The museum was located near a couple others in Al-Hussein National Park, this big massive green space in a nice area of Amman. The park is home to what I believe is the biggest mosque in Amman and probably the country, the fairly new King Hussein bin Talal Mosque. My friend Adam and I wandered up to the gate, where we befriended a white-robed man in his late 20s who does the call to prayer (he’s called the muezzin) at the mosque – i.e. he has a beautiful, powerful voice. He gave us a tour in Arabic, recited some lines from the Qur’an for us and offered to give us free Arabic lessons in the future, using the Qur’an as a text. 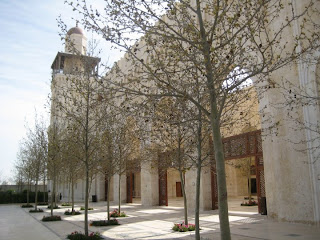 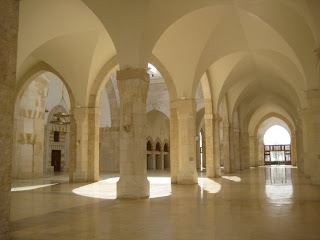 Then, last week, I took a trip to America – the land of efficiency and grammatically correct signs – when the 14 kids on my program and two program directors were hosted by U.S. Ambassador to Jordan Stephen Beecroft and his wife, for coffee and refreshments at their residence at the U.S. Embassy in Amman. Thanks so much to Mr. Jonathan Taylor, my great high school newspaper advisor and government/journalism teacher, who put me in touch with the Beecrofts and helped set up this meeting.

Highlights of our visit:

Finally, Sunday was Mother’s Day in Jordan, so happy (belated) Mother’s Day to all my readers for whom this is relevant! We celebrated as a family on Friday, when all the kids and grandkids came over. We ate four cakes – ironically baked by the four mothers in attendance – and sang “Happy Birthday” for some reason.

Now, I have only a couple days left until spring break and EGYPT this Thursday!